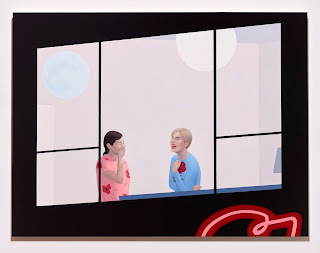 Over the Star stands as a satisfying summation of what Howard attempts pictorially in the exhibit. It is also a powerful example of the artist’s unique style of figure painting and his clever compositions that lure the viewer into alternating moments of contemplation and unexpected discovery.
Posted by William Staples at 5:21 AM No comments: